Following his announce of the PS4 File Browser, hacker CTurt just opened a new repository with a PS4 SDK.

The SDK will “only” be useful for hackers investigating the PS4, who have stayed on firmware 1.76. Others will have to wait for new exploits in order to start tinkering with their PS4.

This SDK is still in its infancy, and might not directly lead to anything bigger. In the case of the PS Vita, the Webkit exploit was ultimately ruled out as “useless” in general for the future of homebrew.

Additionally, CTurt mentions he’s making this public now because he “needs help”. I’ve seen that kind of call for support being largely ignored by the hacking community (see: YifanLu asking for help building an SDK on the PS Vita years ago), but who knows: the PS4 is getting much stronger attention than the PS Vita, and that’s not only from the gaming community, but from the hacker community as well.


Started an open source PS4 SDK. It can’t do much yet, but I’m going public because I need help. [You must be registered and logged in to see this link.]

YifanLu has stated in the past that the PS4 would be easier to hack than the Vita due to its lack of Kernel ASLR, the fact that its underlying OS (BSD) is open source and has some known vulnerabilities, etc… but this remains to be seen. At this point, the PS Vita has made significant progress towards homebrews, while the PS4 has some Piracy through a PS4 “jailbreak”, and not much more. Hopefully the ongoing investigations on 1.76 will prove fruitful.

Keep in mind that you need to be running a PS4 on Firmware 1.76. This does not bring you anything if you’re an “end user”.


Even though this most likely won’t end up leading to a breakthrough for anything homebrew related, It’s still pretty crazy that we’re seeing at least some progress so early for this console. 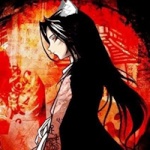 I'm down with this thread.

im hoping it leads to save file modding. hopefully we can find those secondary hash keys that seem to b stored in the systems data. 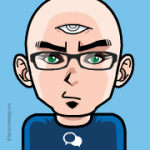