finally I got my PS4 last friday it's a jet black 3.15 I update it to 4.00 I really like the new features of it like you can leave the console in Resting Mode so you can still download game patches and updates I just don't like you can't put your own wallpaper on it it has to be from PSN also I like the new features of the how you connect with your friends well anyway the game I platinum is Until Dawn I might get FFVII PSN it got trophies

Get The Witcher 3 theme. You will get a wallpaper with it. 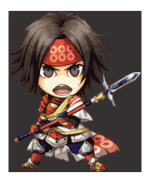 krustytoe wrote:Get The Witcher 3 theme. You will get a wallpaper with it. 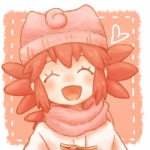 hamoodi wrote:Congratz with first platinum I suggest to play "Life Is Strange" it has good story I enjoy it and easy platinum

isn't that game on the PS3 as well? but anyway thanks for the suggestion

hamoodi wrote:Congratz with first platinum I suggest to play "Life Is Strange" it has good story I enjoy it and easy platinum

That a great game right there. I just never got to start on Episode 2 yet.

krustytoe wrote:That a great game right there. I just never got to start on Episode 2 yet.

I spoil myself too much on youtube, one word Lesbians

I can't help but feel as though DONTNOD pulled an Evangelion

Throughout the whole game they've done a phenomenal job creating and immersing us in the world of Arcadia Bay - giving us well-rounded characters, allowing us to develop a strong sense of attachment to them and providing clues (many of them incredibly subtle) which hinted at a larger mystery taking place behind-the-scenes.

Then came the ending...

Episode 5 started strong and then the writing seemed to get lost within itself, abandoning all the previously established hints and subplots along the way. What we were left with was a seemingly pointless dream sequence followed by two possible endings, neither of which did anything to address all, or really any, of the loose ends left throughout the first four episodes.

To clarify: my issue wasn't with the ending choice itself - that had been foreshadowed throughout the entirety of the game - but instead that neither option (especially the "bad end") offered any real sense of closure.

Overall, there was also way less interactivity in this episode than all the previous ones: the "alternate realities" meant your actions had zero consequences (the episode's "major choices" weren't even counted) and the David Lynch-esq dream sequence went on far too long and gave the player next-to-nothing to do. What I found especially aggravating was that almost all of the "action" took place off-screen (Nathan/Victoria dying, David somehow figuring out where you were, the actual arrival of the storm, etc.)

The whole thing felt like they'd run out of time/budget mid-way through production and had to produce something to ship, regardless of how incoherent the final product might be.

I heard the ending was the weak part of this game.

krustytoe wrote:I heard the ending was the weak part of this game.

yea kinda died down towards at the end, but anyway you should finish it. 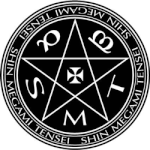