[You must be registered and logged in to see this link.]

UPDATE: Developer Housemarque confirmed with IGN that Resogun is coming to PlayStation Vita. Climax Studios, the developer behind Dead Nation Apocalypse Edition on PS4 and Dead Nation on PS Vita, is handling the port based on Housemarque's original game.

"We are not directly involved with it, so expect some news directly from Sony very soon," a Housemarque representative said.

Resogun is reportedly in development for the PlayStation Vita, according to comments by Sony XDev Studio Europe executive producer James Hawkins on the PlayStation Blog.

“Keep watching this space, the VITA version is coming and is looking, sounding and most importantly, playing great!,” writes Hawkins in response to a question if there was a chance the PlayStation 4 launch title will hit the PS Vita.

Housemarque’s shoot ‘em up made our top 25 PS4 games after it launched last November. We praised it for its exciting gameplay and endless replayability in our review.

Resogun PS4 players will be getting two Halloween-themed human variants as well as a special Movember variant for free in the game's new DLC. The Scarecrow, Skeleton and Movember variants will only be available from today until November 1.

We've reached out to Housemarque for more information about the PS Vita version of Resogun. 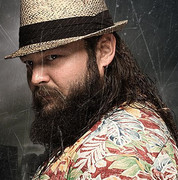