Maybe it is just being a bad localization, but I am hate this game ps4 version.  It is being so boring!  Camera is being no good, control are being no very good for combat fight. There are be no cutscene? why?

it maybe not this issue not existing on JP ps3 version (dont knowing cause I never being play that version), but this ps4 version is very much no good for me

it make me sad cause I love star oceans.

Guess you never heard of censorship placed on that game ever since its released you should probably look up topics on other gaming sites like IGN and Gamespot they mostly report any changes to the localized version a few weeks/days before its official released. I was ready for it when it came out and I just go with the flow if you want a uncut version you should get the JP PS4 version which I might just for collectors preferences. Besides this is not the only Starocean game on the PS4 that never came out on the local market there is the only digital version of Starocean 2 remastered edition which has trophies and stuff! Don't know if this will have a local version in the near future? As for the cutscene its pretty incorporated in the game itself so its like there is none but there are scenes being played. So far I am enjoying this game and there is little difference between the PS3 and PS4 version besides from the better visuals and frame rate so to each its own I guess?
_________________
It's that weakness that makes you who you are...
Is there anyway to prove that the you here is the real you...? 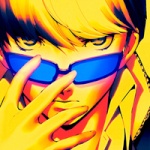